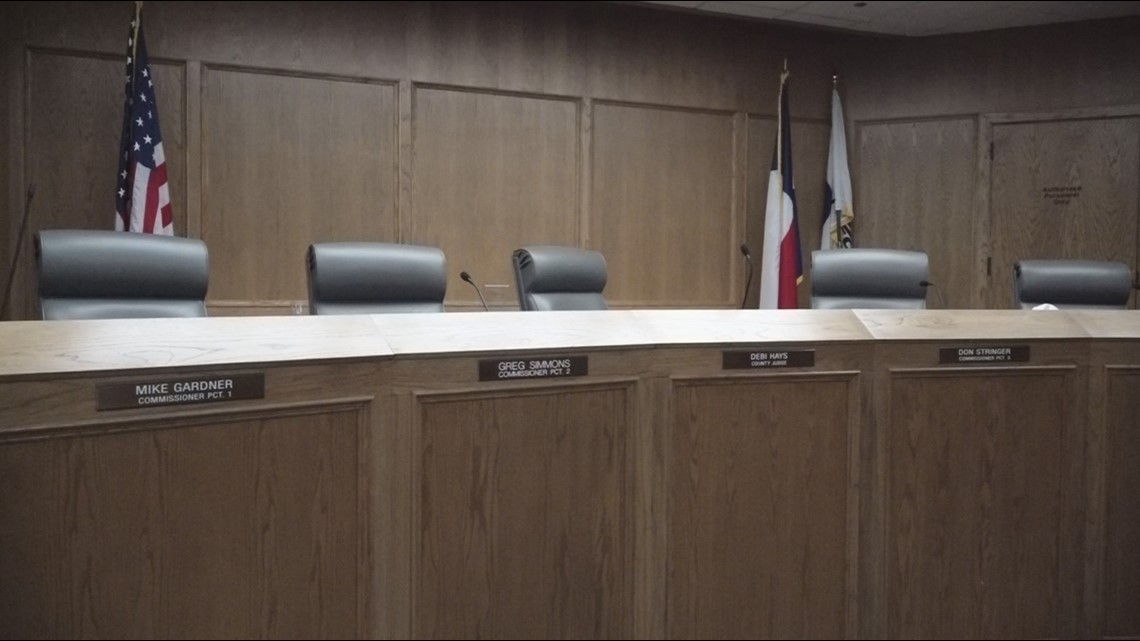 Who is running for Ector County Court of Commissioners?

NewsWest 9 spoke with candidates for Ector County Commissioner in Precincts 2 and 4 about their plans for the county.

ECTOR COUNTY, Texas — We are officially less than a week away from the March 1 primaries, which means there are plenty of decisions to be made.

NewsWest 9 spoke with candidates for Ector County Commissioner in Precincts 2 and 4 about their plans for the county.

In Precinct 2, Ryan Patton and Billy Tripp are running against incumbent Greg Simmons on the Republican ballot for the Commissioners seat.

Patton said one of his plans if elected is to establish a plan for the county that incorporates many county functions.

“My main focus is that I want Ector County to have a plan and a vision for the future because right now we’re not planning for 20 years,” Patton said. “Today we are not planning to make sure that the infrastructure we need for a vital community is in place. So first and foremost I want to push the court so that we get a long term plan so that we can take care of things like our courthouse, our library, our roads and broadband.”

Simmons, the current commissioner of Precinct 2, who is seeking re-election, told NewsWest 9 he plans to continue to make public safety a priority.

“The primary purpose of county government is to maintain safe roads and keep our citizens safe,” Simmons said. “Things like law enforcement I tend to put a lot of my focus and a lot of my priority on. We want to make sure things like the library don’t get overlooked too, but my priorities have always been the roads as well as law enforcement.”

Tripp said he plans to focus on the structure of public buildings and keeping people in the county.

In Precinct 4, Savannah Morales is running against incumbent Armando Rodriguez in the Democratic ballot.

Rodriguez, the current precinct 4 commissioner, said he plans to continue to make the county cemetery a priority.

“Right now, we may be closing the cemetery,” Rodriguez said. “I don’t want that to happen. We are very lucky to have land near the cemetery to stay open. I also want to make sure we build a new health service and possibly help the volunteer firefighters.”

Morales said she plans to present ideas that have already been presented in court and try to find a solution.

“I really want to be able to go out there and look at everything that’s been on the table before,” Morales said. “I want to see why it couldn’t be approved and just focus on issues like public health, public safety. I want to educate the resource community on what we can do to help them.”

Candidate Billy Hall is also a candidate for District 4, but runs unopposed in the Republican ballot.