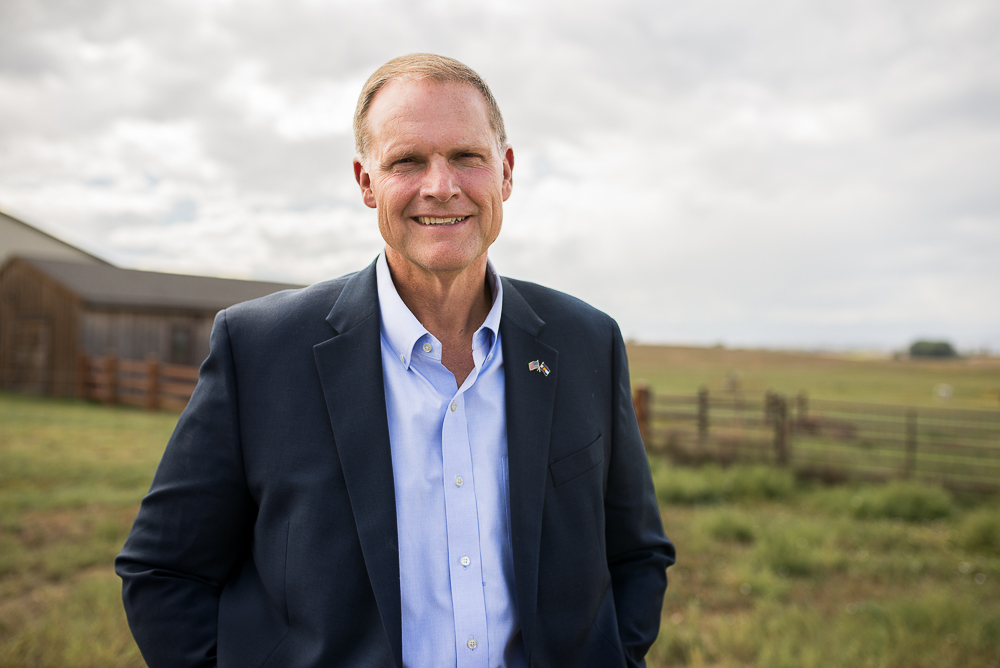 James, the only candidate currently listed to run for office, was elected in 2018, beating Democrat Duane Leise by a nearly 30% margin. District 2 includes parts of Greeley, Johnstown, and communities along the I-25 corridor to Frederick.

In a press release announcing his candidacy, James said the county “has always stood up for what is right.”

“People here know and respect the Western way of individualism, determination, perseverance and hard work,” he said. “With courage and tenacity, we work together and we respect each other. We don’t need to be told what to do because we instinctively know what is right.

James accused ‘authoritarian regulators in Denver and Boulder’ of thinking they know what’s best for the county, adding that ‘big government, bureaucracy laden solutions’ are thrust upon the county with no regard for what makes it unique.

James’ tenure as commissioner included advocating for and approving the creation of the Department of Oil and Gas Energy in response to Senate Bill 19-181, which led to tighter regulation of oil and gas. gas in the state. He also approved an agreement with state regulators in which they would honor the county’s siting and land use decisions regarding oil and gas, according to the statement.

James also advocated for an update to Weld’s Comprehensive Plan and zoning codes and a full county code overhaul involving renewable energy development, with the aim of supporting development, agriculture and all manner of production. of energy.

James also sits on six different committees focused on regional and national planning, advocating for the county on transportation issues.

“Scott is committed to enacting pro-business policies, public safety, improving roads and bridges and supporting Weld’s backbone, agriculture and energy development,” the statement read. . “Above all, Scott believes in the power of the individual.”

James’ personal history at Weld dates back to his early childhood growing up in LaSalle, which his great-grandfather helped found. James worked on area farms and ranches before spending 36 years pursuing his passion for communications as a radio personality and professional communicator. Passionate about his faith, his family and his community, Scott has volunteered for years throughout the county.

A campaign kick-off meeting is scheduled from 5:30-7:30 p.m. on Thursday, February 17 at the Gourmet Grub, 2118 35th Ave. at Greenley. A brief presentation is scheduled for 6:30 p.m. For more information, visit www.JamesForWeld.com or email [email protected]