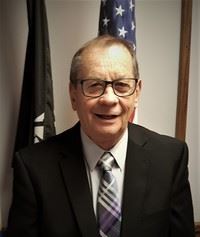 Although it doesn’t seem like it’s time to start working on next year’s operating budget yet, that effort is already underway.

Agreed by consensus at a recent county council meeting – one day six months before the start of the 2023 operating year – was the goal of limiting the county’s next tax increase to 3%…the tax being the amount of property tax required to pay for county operations.

Keep in mind that your total tax bill also includes operating tax for cities, school districts, townships, river districts, etc. The county has no involvement in determining the taxes/budgets of these other government agencies. That’s just the county we’re talking about with the 3% target.

The 3% number does not mean that there would be a 3% increase in the county portion of your 2023 bill. Any changes – due to county operations – will be less than that due to taxes that will be paid by properties coming on the role for the first time (new construction). This new valuation reduces the bill. Polk County added approximately $25 million to this new assessment each year.

The cost of almost everything is rising and the 3% mark is supposed to closely coincide with the rate of inflation.

In Polk County, the fee required to maintain utilities, buildings, roads, bridges, etc. and our highly skilled and dedicated staff has grown by approximately 3% in each of the past 13 years.

In the attempt to control taxes, there is always the temptation to postpone needs and projects rather than to confront them when necessary.

Delaying projects simply does not pay. Problems don’t go away and only get more costly when they’re pushed down the road. Budget planning should consider how and when buildings, roads and equipment ranging from snow plows to computers will need to be updated and/or replaced.

For Polk County, the budget planning process begins with meetings Administrator Chuck Whiting has with county department heads. In these sessions, he asks department heads to rank everything they have on their lists of needs, wants, and wants in order. Everything is on the table. As a result, the initial budget proposal starts at something close to a 15% or even 20% increase. Things are worked out from there.

Department heads always want the equipment and staff that will allow them to do more things and do them better. You can’t blame them for that.

On the other hand, the commissioners are trying to keep the levy low… closer to this 3% mark. At the end of the process, a good, fair budget is drawn up…or so the County Council thinks. Although they disagree, department heads are heard in the process and their issues are known for future consideration.

Real estate appraisals are the basis of taxation. Home, business and land valuations are determined by selling prices. Buyers and sellers are the ones who set the ratings.

The State Board of Equalization oversees the assessment process. If the assessment of the property is above or below market value – assessments should be set between 90 and 105 per cent of comparable sales amounts – this council is authorized to add to or deduct from this assessment a percentage necessary for the bring it to market value.

When values ​​consistently trended out of this range, the appraisal firm Vanguard was contracted to carry out a comprehensive revaluation of commercial properties in East Grand Forks in 1990. This was done again in Crookston seven years ago.

In recent years, community-wide reassessments have been carried out in Lengby, Nielsville, Fertile and several townships. Land assessments have also been adjusted, some significantly. Again, appraisals are based on sales prices paid for comparable properties and are monitored by the state Department of Revenue.

Some positives to come

Two other bond issues – a $3 million issue to redevelop office space in the East Grand Forks Social Services Center office building and a $3,125 issue to rebuild the interior of the center for Red River Juveniles (damaged by a rainstorm) and for a new roof and HVAC upgrades to the Polk County Justice Center will be paid for in 2030 and 2033.

There are those who like to challenge how county money is spent and always say it can be cut. Well, if you want to do that, the most likely way is through staff reductions.

The budgeting process comes down to good planning and management…both for the present and to prepare for future needs. Call me prejudice, but I think things in Polk County are pretty damn well run.

Thoughts of the day: