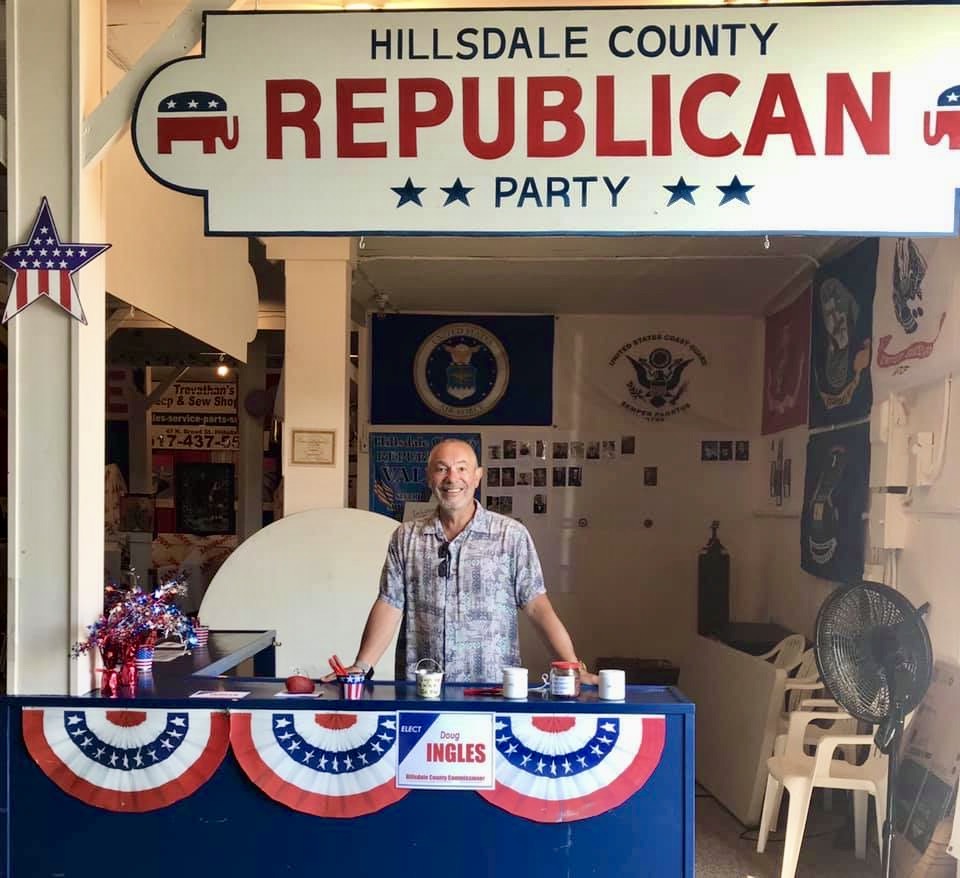 In the race to represent District 2, Lanius received nearly 58% of the total vote against 42% for Schmitt.

Lanius said he looked forward to serving on the Board of Commissioners and aimed to reduce the Hillsdale County community‘s tax burden and ensure transparency in local government.

“If I can accomplish those two things in any way, I’ll feel pretty good,” he said. “There are so many issues that need to be addressed and I don’t know if we can cover them all in this term, but if we don’t start somewhere we will never end.”

Lanius said transparency is key to bringing the Hillsdale County community together, something he looks forward to addressing when he represents the district in January.

Lanius also said he enjoyed the campaign and had a good impression of the primary results based on positive conversations with voters in the district.

“My campaign went very well. I’ve had very good feedback from constituents in the district,” he said.

Republican candidates Mark Wiley and Brent Leininger won races to represent their districts on the Board of Commissioners.

All county commissioner candidates were members of the Republican party since no Democratic candidates ran in the primary elections.

Incumbent Mark Wiley won the District 3 race with 65% of the vote, compared to 35% of the vote for challenger Kelley Mapes.

Wiley, the current chairman of the board of commissioners, called Hillsdale a “great place to live and work” and said he was grateful to have another opportunity to serve the community.

“I raised my family here and once again have the opportunity to give back to the community,” Wiley said. “I have put in many hours on different boards and committees and enjoy being the voice of the county.”

Wiley said he plans to continue prioritizing relationships with other county commissioners to more effectively serve members of the Hillsdale community.

“I hope my fellow commissioners will continue to nominate me to represent them as president in 2023,” Wiley said. “It is an honor and a privilege that I look forward to continuing the team approach; we all achieve more by working as a team.

District 5 incumbent Brent Leininger defeated challenger Namrata Carolan by the highest margin when he won 66% of the vote.

Leininger said he looked forward to continuing his work with voters and reflecting their needs and concerns in his work as commissioner.

“I am extremely grateful for the confidence shown in me by the citizens of the 5e District Commissioner and giving me the opportunity to continue to serve them and represent their interests in Hillsdale County government,” he said. “I like to meet with my constituents to discuss the issue they are facing and then help them where we can as commissioner, or work to connect them with the appropriate department or agency that can meet their needs. and concerns.”

“We will have to make a decision as to what to do with the district court accommodation and the appropriate staff,” he said. “This problem has persisted in Hillsdale County for over 20 years now and I really hope we can make the appropriate decision and resolve the dilemma so that commissioners 20 years from now don’t face this space problem.”

Holders Douglas Ingles and Brad Benzing of Districts 1 and 4 did not face the main challengers.

The Hillsdale County Clerk’s Office reported that 9,894 voters turned out at the polls on August 2, despite the county having more than 37,000 registered voters.

Due to the passage of recent legislation, the board of commissioners filing in 2024 will serve for a four-year term, according to the Hillsdale County Clerk‘s Office. Those who filed in April 2022 and won their nomination in August will serve the final two-year term.

The candidates will again face the polls in the November 8 general election, where they could face registered candidates.