October 6, 2021Written by William B. Brown
Leave a Comment 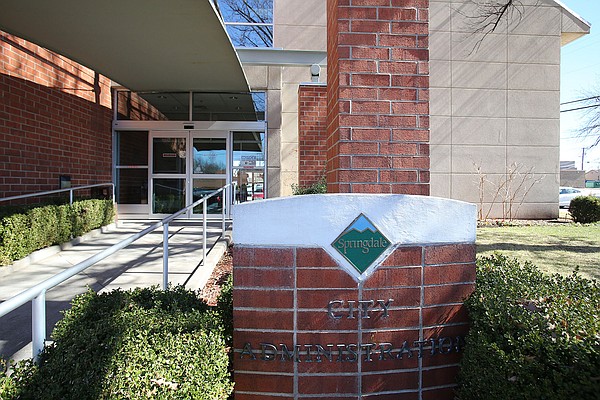 SPRINGDALE – The Planning Commission on Tuesday approved plans for five warehouse and self-storage complexes without much fanfare.

The commissioners voted 9-0 on each property.

Roy Covert, a member of the commission, thanked the town’s planning department staff after the meeting. He noted that the engineers who presented the agenda items had complete plans and discussed any discrepancies with the staff prior to the meeting. Comprehensive information at hand helps the commission make clearer decisions, he said.

A 16-unit complex will provide both office and warehouse facilities at the northwest corner of Marchant Road and Arkansas 112. The 10-acre site is owned by Arnold Hollingsworth.

The commission also granted a waiver request for street improvements that the city typically requires developers to build. These can include curbs, gutters and sidewalks.

The Arkansas Department of Transportation, in its plans to improve Arkansas 112, installed a roundabout at Marchant Road. Patsy Christie, director of the city’s planning department, said any improvements made now would likely be removed or reworked with work on Arkansas 112 and said she supported the waiver.

The commission approved another large-scale plan for the storage of wagon wheels at 3744 Wagon Wheel Road at the intersection of Wildwood Lane. The complex, owned by Crossland Construction, would consist of six buildings.

The building facing Wagon Wheel would consist of five units offering both office and warehouse space.

Chad Reed Storage at 570 W. County Line Road will include more than 110 self-storage units in 11 buildings.

Greystone Storage at 1790 E. Arkansas 264 will include more than 250 units in nine buildings. John Hendricks Properties owns the land.