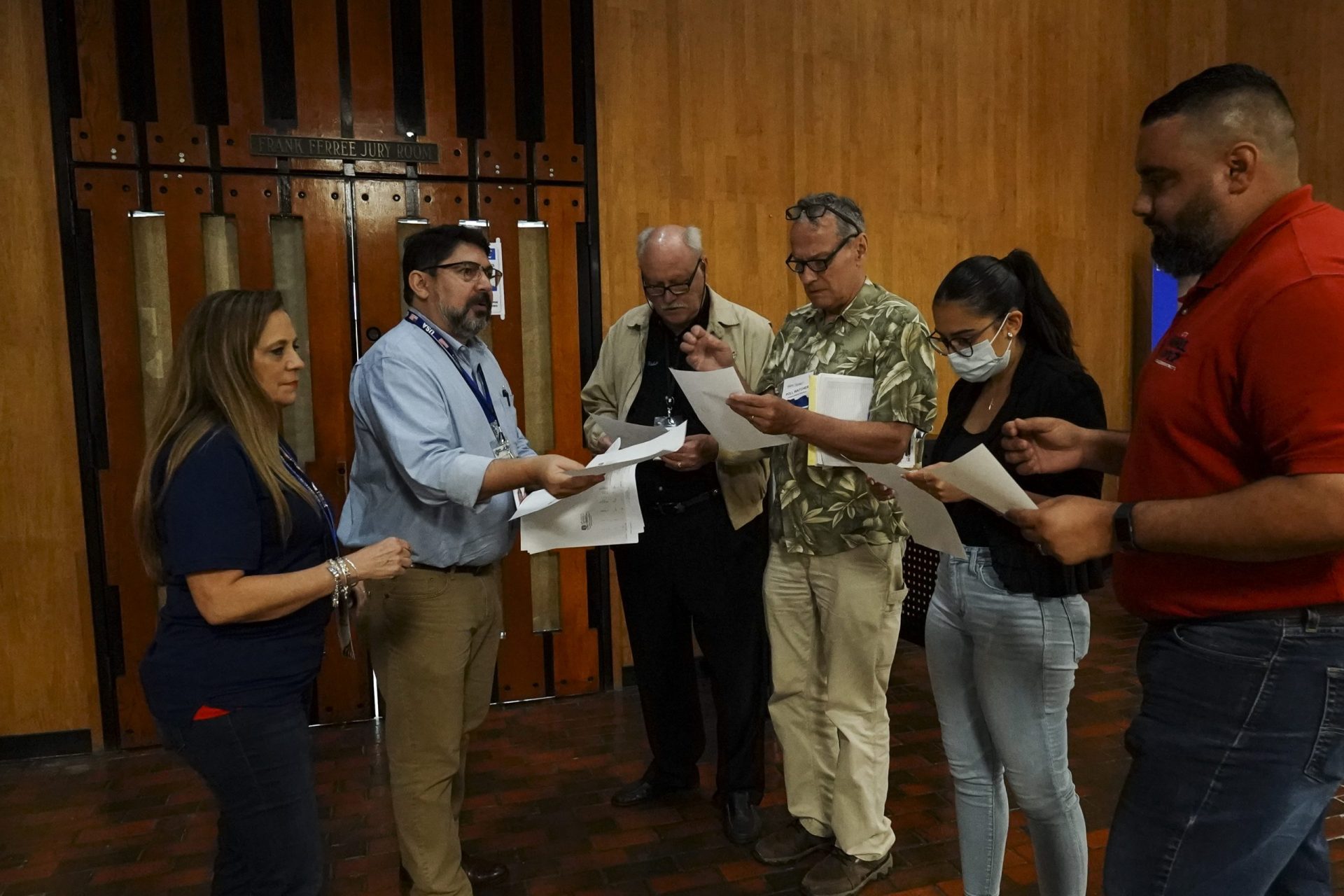 Garza was asked if he or his employees had been harassed or threatened, and he said no.

The questions were asked by Cameron County District 3 Commissioner David Garza following the resignation last week of Gillespie County Elections office workers who said they had been threatened and harassed.

“They were stalked, they were harassed, they were verbally abused, and they just got fed up and quit,” Commissioner David Garza said.

Former Gillespie County election administrator Anissa Herrera told the Fredericksburg Standard-Radio Post last week that after the 2020 election she was threatened, stalked and called out on social media.

Rémi Garza said that, unfortunately, at some public events in his department, people working at the tables distributing information “have had clashes with individuals and in some of our polling stations during the early vote, we had overly aggressive residents at the place and in fact had to call in law enforcement to calm the situation.”

Commissioner David Garza said he raised the issue to remind the public that “the electoral process is a sacred domain that must be respected by all”.

The commissioner said that while he doesn’t always agree with the demands that Remi Garza asks at meetings of the Court of Commissioners, he told Garza, “But I certainly respect the work that you and your department do to bear what you owe, because I know it is sometimes difficult. I think it is important for the court to keep in mind what is happening in the world today and what hopefully the, we will not have worsened in Cameron County during this next election cycle.

Remi Garza said he believes the reason Cameron County hasn’t had bad escalation incidents is because of the dedicated community members who volunteer to help with elections. “The dedication of these presiding judges and deputy judges and clerks is something that I admire, and I think our county is credited with people who include people who volunteer for elections as well as people who work in the election office. ”

Cameron County Judge Eddie Trevino Jr. said the County Elections Department headed by Remi Garza, staff and part-timers would not function without them. “Our democracy wouldn’t work without every one of them here in Cameron County and across the country. We find ourselves in a state right now in our country where if an election does not go the way we would like, either for an individual or on a particular issue, it seems to think that physical threats, violence or harassment are a way to approach it and that is not how a democracy works.

“We have to be able to respectfully agree to disagree and understand that our system has worked for these 246 years because of our ability to trust our elections,” Trevino said.

“We conduct our elections in a fair, correct and impartial manner” here in Cameron County, Trevino said. The county has nearly 226,000 registered voters.

Ahead of the 2020 election, officials were concerned that foreign actors were using false information to influence voters, including providing false information about candidates and when and where to vote, the report said. “The Committee’s investigations make clear that the greatest current threat to democratic legitimacy now comes from the lies of domestic actors who seek to convince Americans that their electoral systems are fraudulent, corrupt, or unsafe.”

According to the report, misinformation led to violent death threats against local election officials. In one case in Texas, “personal attacks on national media” led to alarming threats against an election administrator, including a call on social media to “hang him when convicted of fraud and leave his body lifeless hanging in public until maggots come out of his mouth” and threatening messages to his children, stating, “I think we should end your bloodline.

After the 2020 presidential election, some elected officials leveraged voter mistrust to question the election results by espousing the “big lie” – the false claim that former President Donald Trump was the real winner of the election. the 2020 election, according to the report. “These elected officials were carrying a dangerous message: that election administrators were to blame for the stolen election.”

The 21-page report concluded: “The risk of subversion of future elections remains high. Local electoral officials are on the front lines of this crisis. Now more than ever, they need the resources and support that only the federal government can provide. A federal whole-of-government response to this growing crisis is urgently needed. »