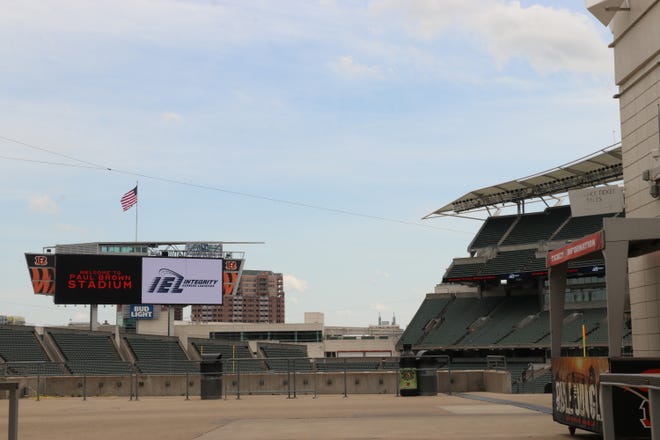 Cincinnati Bengals stadium may soon have new signs to follow with its new name. The displays will include huge illuminated panels atop the stadium’s two canopies, viewable by cameras on drones or game shows at the venue.

Representatives for the Bengals presented the petition for zoning code relief to the planning commission, arguing relief was needed to promote Paycor’s new name ahead of the new football season this fall. Bengals and Architects, People Sports and based in Cincinnati Elevator Design Groupof the proposed redesign estimates that 70,000 square feet of new signage is needed.

In addition to changing the panels on the outside of the stadium’s two scoreboards, two large mesh panels will also be draped over the east and west facades of the stadiums, according to the plan presented to the town planners. The plan includes a total of 12 panels.

The planning commission voted to approve the proposal on the condition that the signage is appropriately sized, lit to industry standards, and does not include any moving images or video.

According to Cincinnati municipal code, the stadium at 1 Paul Brown Stadium Way is part of the Downtown Development Zoning District, which has special rules for signage on everything from restaurants and retail businesses to skyscrapers.