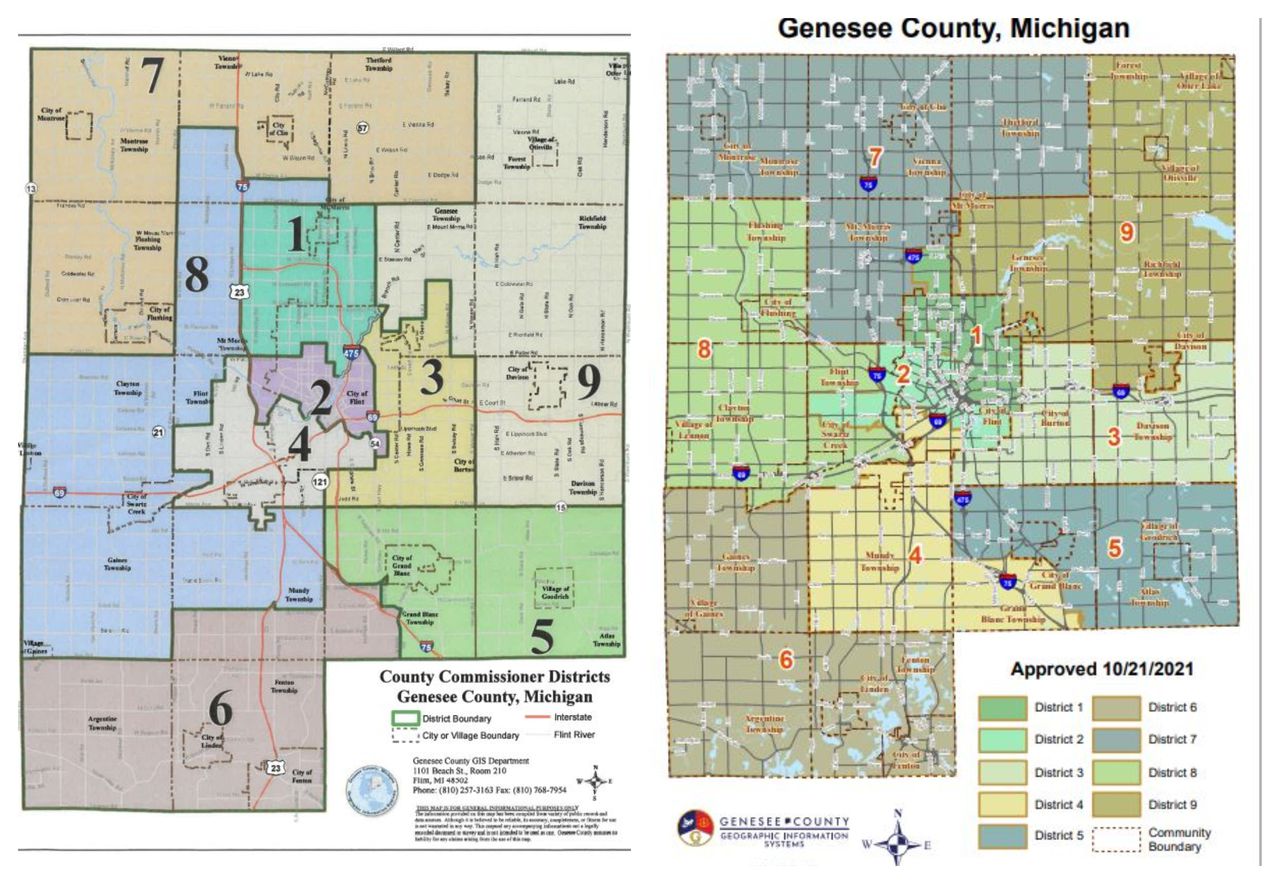 GENESEA COUNTY, MI – The county allocation commission has approved new dividing lines for the nine districts of the council of commissioners, but the county Republican party chairman voted against the plan, saying it fails to keep “communities of interest together”.

“No matter what you move, someone is going to be unhappy,” said County Clerk-Registrar John Gleason, who called the card proposed Thursday by County Treasurer Deb Cherry “a good faith effort” to divide the population of the county into nine. districts, putting about 45,000 people in each.

The map passed is an amendment to a map proposed last week by Cherry, who said she made minor changes to eliminate a municipal hiatus by removing a constituency from the town of Flint, leaving three of the nine districts with voters from the city.

Cherry and Gleason both said the changes would likely make elections for county commissioner seats more competitive, and county attorney David Leyton said the newly redesigned lines, which still require approval from the office of the Michigan secretary of state, guarantee that two of the nine districts contain a majority of black residents.

“I think it’s important that we give them a fair share,” said Leyton.

Smith had come up with his own map with redesigned district lines, claiming last week that the map Cherry developed was designed “to try to keep as many Democratic seats on the committee as possible.”

Cherry’s map places the town of Davison in one county commission district while Davison Township would be in another.

But the approved card was supported by others who attended Thursday’s meeting.

Flint resident LaCracha Handy urged the commission to reject the GOP proposed card, saying it would reduce the impact on Flint voters.

“Like a can of sardines, Mr. Smith’s card will wrap Flint in as few districts as possible,” Handy said. “This will result in fewer Flint Commissioners and possibly fewer Black Commissioners.”

The new map leaves the current county commissioners in the districts in which they currently live – with one exception.

Davis and current District 8 commissioner Debra Newman, D-Swartz Creek, would be forced to face each other if the two first-term commissioners chose to stand for re-election.

Flint has lost 20% of its population in the past decade, census data shows