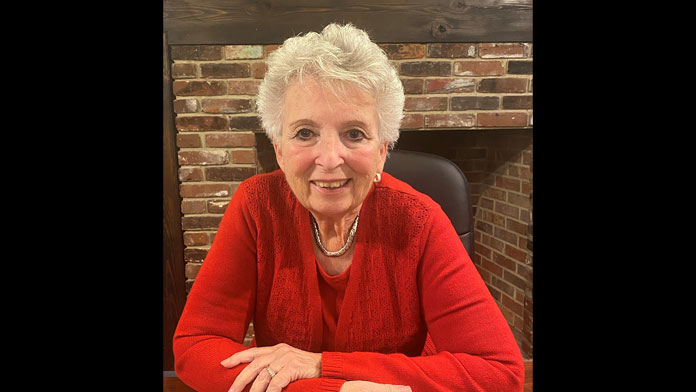 OCEAN COUNTY – When Commissioner-elect Barbara ‘Bobbi Jo’ Crea considered running for the seat opened by the retirement of Commissioner Gerry Little, she considered her first phone call to be critical.

“I contacted Gary Quinn (current chief commissioner) and told him I was interested,” explained Bobbi Jo. “I also interviewed him because I knew I would run with him and I am careful when it comes to associating my name with someone.”

Quinn’s seat was also on the ballot, and as the incumbent he got one of two Republican lines. Although Bobbi Jo already knew Quinn from her work as a former mayor and current member of the Little Egg Township committee, she still had a few questions.

One of the things Bobbi Jo wanted to know might seem a little personal.

â€œI asked Gary what he considered to be the most important things in life,â€ said Bobbi Jo. â€œHe was quick to respond that family and health came first. “

Bobbi Jo’s wistful eyes hinted at more than the significance of Quinn’s revelation. While her response might seem typical to some – to Bobbi Jo, it was monumental.

Now 73, Bobbi Jo grew up in Trenton and thanks her mom for giving her â€œstarchâ€ for who she is today. Betty Poulos didn’t let the fact that she was a woman in her 50s deter her from making a difference in the world.

As a psychiatric technician at the Trenton Psychiatric Hospital, Poulos found it disturbing that adults and children were housed together. She therefore approached the director of the institution and argued for the need for a separate children’s psychiatric hospital.

Poulos searched the premises and hospital administrators followed his suggestion to convert a former doctor’s residence to care for boys and girls who needed psychiatric admission. However, when Poulos and a friend applied to run the new children’s hospital, they were told they didn’t have the â€œtitlesâ€.

“My mother told her bosses that they should send them both to school,” said Bobbi Jo. â€œThe misfortune was at the time; most nursing schools would not accept them because of their age. So they had to commute from Trenton to Elizabeth to get their degrees. “

With triumph also came tragedy as Betty Poulos passed away when she was only 46 and Bobbi Jo in her early twenties. However, the last days of her mother’s life left a lasting impression on the newly elected Ocean County Commissioner.

“I was a hospice even before it was popular.” said Bobbi Jo. â€œI sat next to my mom as she coached me and insisted that I plan where I would be (in life) for the next week, six months and up. She also told me about money.

â€œTo this day, it’s my way of life,â€ continued Bobbi Jo. â€œThere is a lot of commonality between what I do in my personal life and what I have done locally in government. It’s about planning and, as Gary Quinn says, caring for the checkbook that people trust us to spend wisely.

After her mother died, Bobbi Jo was left with a mortgage and thousands of dollars in unpaid medical bills. The young woman knew her salary was not enough to keep her afloat and contacted creditors to assure them they would be paid.

Bobbi Jo kept his word. She was working in what would become the New Jersey Tax Division in 1966. Although she became a data entry supervisor when her mother died, she felt compelled to earn more.

When her regular working hours ended at 4:00 pm, Bobbi Jo went to another job from 4:30 pm to 7:30 pm She then did data entry for a private company from 8 pm to 11:30 pm and also landed a job on weekends. By the end of the week, she had completed four tasks.

Despite her busy schedule, Bobbi Jo focused on her opportunities in the civil service system. She passed the required tests and made sure to learn new things that helped her rise through the ranks. Bobbi Jo eventually retired as Office Manager for the Taxation Division Office Collections in 1994.

â€œI always programmed someone else who was able to take my place when I played,â€ explained Bobbi Jo. “I thought it was important.”

Bobbi Jo paid off the mortgage on her house when she was still quite young. At 30, she married Richard J. Crea, a firefighter from Trenton, who was nine years her senior. Ritchie had a son and a daughter from his first marriage. Bobbi Jo continues to enjoy her relationship with her stepson Ritchie and her stepdaughter, Lisa Sleman and her six grandchildren.

After 41 years together, Ritchie passed away while Bobbi Jo was with him in the room. While his grief still brings tears to his eyes, Bobbi Jo’s memories include the role he played in his political career.

The Crea couple moved to Little Egg Harbor full time in 1995 after their retirement. While she enjoyed fishing and traveling with Ritchie, Bobbi Jo decided that she would also like to work part time. She asked someone who worked for a lawyer in town if he needed any office help.

The attorney’s name was Brian Rumpf, now a member of the State Assembly, who had not yet served in political office. When he decided to run for the city committee, Rumpf asked Bobbi Jo to lead his 1999 campaign.

“I had no experience running a campaign,” admitted Bobbi Jo. “Ritchie told me this was something I would be good at, and I was happy when Brian won.”

Ritchie would later encourage Bobbi Jo to run for the Little Egg Harbor Township committee, where she eventually served four terms and as local mayor. According to Bobbi Jo, her husband recognized her ability to get things done for people.

â€œMy mission is to provide the best quality of life for the people I represent in the best way I know,â€ said Bobbi Jo. “It includes everyone – there is no Democratic or Republican way to pick up the trash.”

During his tenure in the service of Little Egg Harbor, Bobbi Jo found it essential to be part of a team. The township has five age restriction communities and Bobbi Jo has identified a need.

â€œI have been heavily involved in the senior advisory board,â€ shared Bobbi Jo. â€œWe bring problems to people who are not only the elderly, but also those who care for them. “

Bobbi Jo continues to support the efforts of Interfaith Health and Support at Little Egg Harbor, a non-profit organization that provides volunteer support to seniors and their caregivers.

Providing resources to veterans also holds a special place in Bobbi Jo’s heart. Her dear late husband served in the US Navy on the USS Canberra. While she is proud of Ritchie’s services, she pretty much sums up her take on all vets.

â€œSome people live their entire lives wondering if they’ve made a difference in this world,â€ said Bobbi Jo. “A veteran never has this problem.”

After the Ocean County Republican Committee voted to have Bobbi Jo share the line with Quinn, she began attending Commissioners’ meetings regularly. Bobbi Jo is excited about the new team she will be joining soon and which she believes is doing a fantastic job.

â€œFirst of all, there is the fact that they have a triple rating of the bonds,â€ explained Bobbi Jo. â€œThe way they handled the COVID vaccination program was amazing. And I’m also thrilled with the new veterans building.

The transition of service from Little Egg Harbor to Ocean County as a whole is helping more people when it comes to Bobbi Jo. Instead of a population of just over 23,000, Bobbi Jo will strive to improve the lives of over 600,000 people.

â€œBobbi Jo was my number one choice when it came to a running mate,â€ Quinn said. â€œWe had a large group of people interested in replacing Gerry. I think their values â€‹â€‹are similar because they are very conservative, and Bobbi has proven to be a team leader.

â€œYou’re not going to win every battle you’re involved in, but you have to work with people,â€ Quinn continued. “I’ve seen the way Bobbi has behaved at the municipal level and I think it’s going to be great that she represents the whole county.”