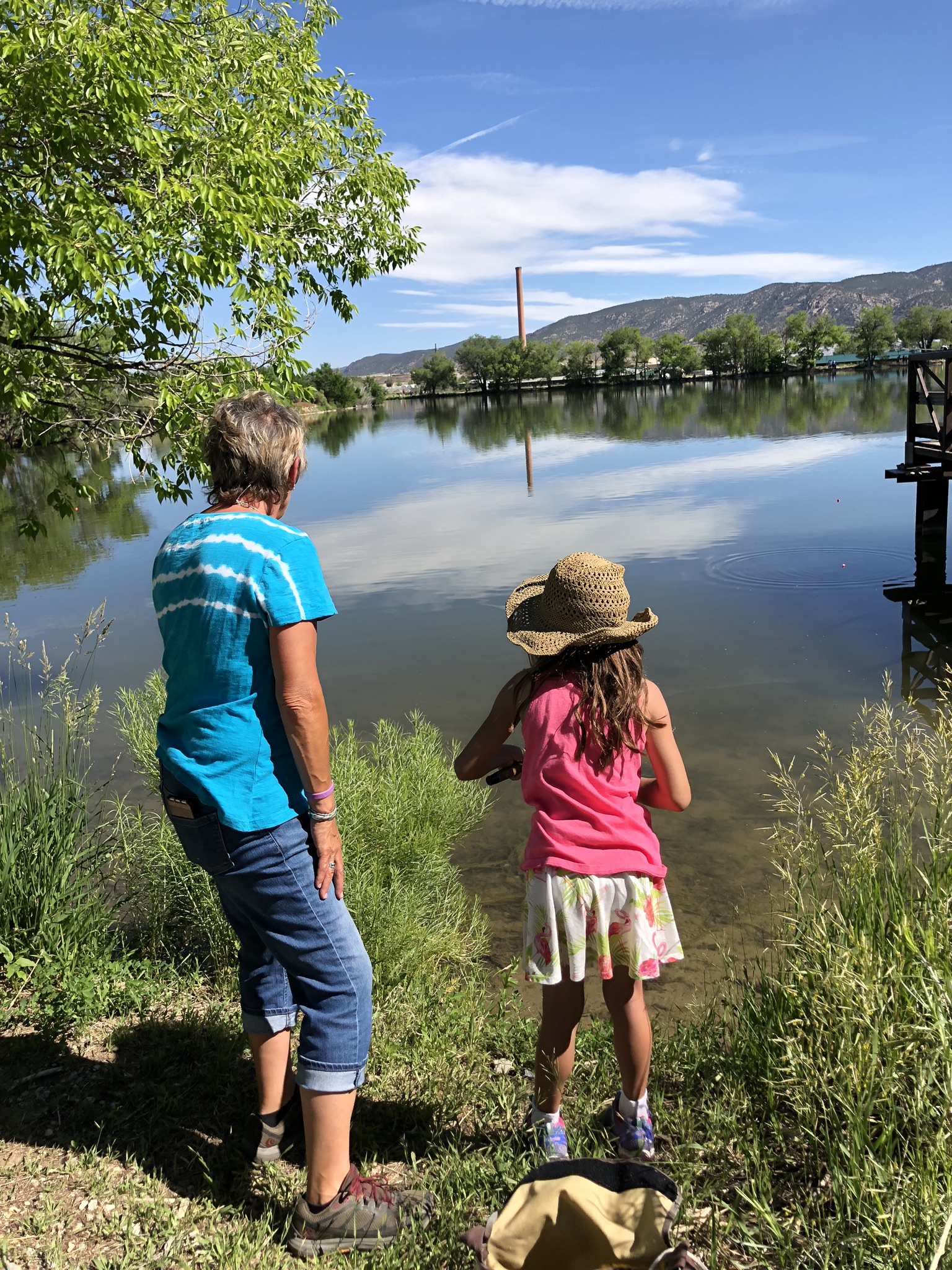 Growth, density under the microscope for the Chaffee planning committee of November 2 – by Jan Wondra

A draft plan presented to the Chaffee County Planning Commission on Tuesday night, November 2 is already the subject of controversy; a proposal to subdivide Parcel 6 of the Timber Creek Ranch Conservation Subdivision. The 184.27 acre ranch would be divided into fifty-nine (59) lots with a minimum of 0.86 acres and an additional “Outlot B” of 114.78 acres to be kept in perpetuity as contiguous open space.

On-site wells and sewage treatment systems would serve the property. It’s already scheduled to be reviewed by the Chaffee County Council of Commissioners on November 16. 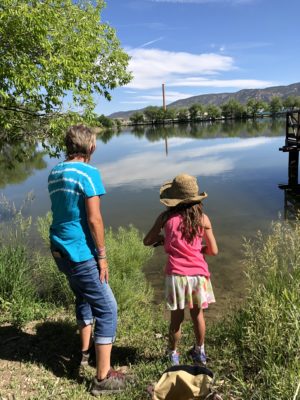 Payton Bondurant of Lakewood, Colorado fishes with his grandmother at Lake Frantz during the 2019 Collegiate Peaks chapter of Trout Unlimited Fourth of July Kids Fishing Derby. Photo by Taylor Sumners

Concerned neighbors in this rural part of the county are already objecting to the density of a cluster housing development proposed by developer Walt Harder on what for decades was a ranch and farmland. They say that driving west on the CR 160 down the hill to Lake Frantz would no longer be a bucolic, rural sight. Instead, it would contain almost 60 houses (not counting an auxiliary housing unit (ADU) allowed for each property. Opponents say traffic on the quiet rural road would most likely increase, making biking or hiking overwhelming. the road less safe in the long run, even without years of construction traffic.

Among other issues, since the ranch has a center pivot irrigation system, there is the impact of at least 59 wells drilled like straws in the water table below the ranch. The question now raised by many neighbors; what could this use do for the access to water of rural neighbors?

The project appears considerably larger than the nearby Longhorn Subdivision, which caused disputes only a few years ago over its density and size. But the project has similarities to the development of the Centerville Ranch cluster in the center of the county, which was approved two years ago after significant controversy.

Neighbors say they feel betrayed that the county state direction contained in the Chaffee County Comprehensive Plan is not being followed; to keep the countryside in the countryside and the city in the city, and that the long gap between the plan and the new land use code (on which the department has not yet started) allows such a project to slip away.

Timber Creek Ranch isn’t the only cluster development on the agenda. The Elk race Cluster subdivision of five plots totaling 393 contiguous acres on CR 340 and CR 361 four miles west of Buena Seen. would develop a third of the property into a cluster subdivision with 29 four-lots of acres with a primary residence and an optional ADU hasnd four additional lots with a combined area of â€‹â€‹313.88 acres as contiguous open space. Again, wells and on-site wastewater treatment systems would serve the property.

“Yes, growth is going to happen, but this proposed development does not promote growth in a way that aligns with Chaffee County’s future vision,” read a recent letter from Amy Guldan to the editor at subject of the proposed Creek project. â€œA development of this magnitude in terms of density and number of lots in a rural area challenges the values â€‹â€‹of Chaffee County, which prides itself on our beautiful, open farmland and many recreational opportunities.

Chaffee County currently has 14 pending land use applications, some for large subdivisions, and the pace of these development proposals shows no signs of slowing down.