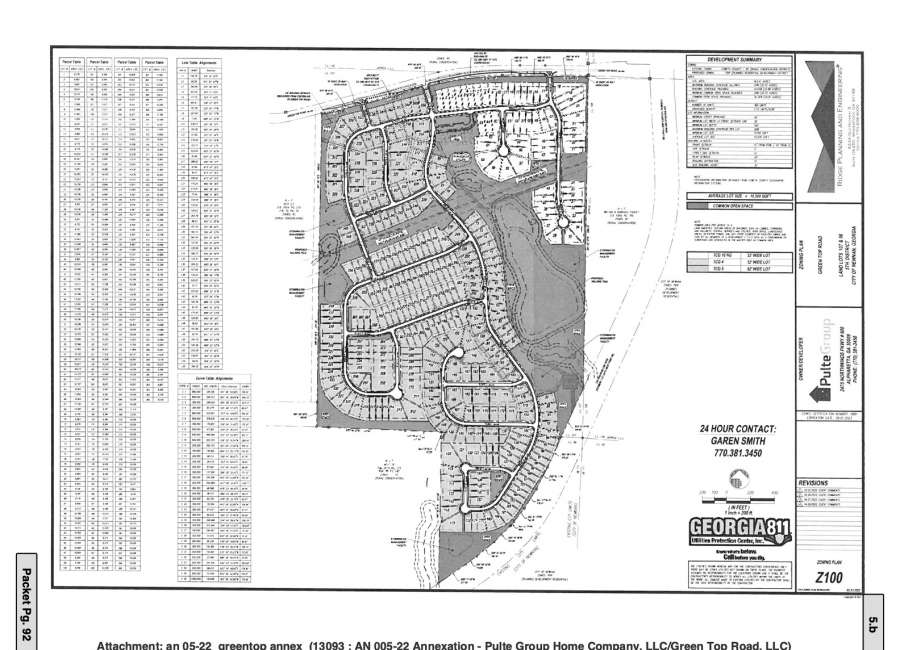 The Newnan Planning Commission will hear the case of a proposed residential development on Green Top Road at its August 9 meeting.

The meeting is scheduled for 7 p.m. and meetings are usually held in the Richard A. Bolin Council Chambers at Newnan City Hall, located at 25 Lagrange Street in Newnan.

The process began again following a series of events that may have involved a U.S. Postal Service error that halted a Coweta County objection to annexation.

In June, the Coweta County Board of Commissioners formally objected to the proposed annexation and development, a development they rejected last year. As a result, the process had stalled, preventing the city from moving forward with hearings.

However, according to an email from Juli Yoder of the Georgia Department of Community Affairs to Newnan and Coweta county officials, the DCA has not received verification from the USPS that the city issued a receipt for a petition for annexation to the county.

Having not received the verification, the DCA refused to sit on a panel of arbitrators.

According to state law, the city was required to “furnish notice of receipt of a petition for annexation, which must be delivered to the county in which the territory to be annexed is located by certified mail or legal next day delivery “, something that city officials said they had done.

According to USPS data, the Postal Service received the item on May 11, which then left the post office later that day and arrived at an Atlanta fulfillment center late at night.

The next day it arrived at another distribution center and was sent to a post office in Newnan on May 17, where it was sent for delivery.

However, on May 18 at 3 a.m., the latest update was provided, stating that “the delivery status of your item has not been updated as of May 18 at 3 a.m. We apologize that it may arrive later than expected”.

“However, without verification by the USPS, DCA cannot fulfill its obligation to ensure that notice was provided in the manner specifically mandated by current law,” Yoder wrote.

The area being considered for annexation is 163.61 acres of land which stretches from Green Top Road to the city limits at the railway tracks. The land, if annexed, would not be connected to any other property within the Newnan town limits by road.

Newnan Mayor Keith Brady and Councilman Ray DuBose both have family members connected to the property.

According to proposal documents presented to Newnan City Council, the potential development would contain 366 single-family lots, open space, a density of 2.23 units per acre, a minimum lot area of ​​8,200 square feet and an average lot size of 10,500 square feet.

However, a look at the development shows that the density could be well over 2.23 units per acre.

According to a letter from David Hovey of Hovey and Associates to George Rosenzweig, representing the plaintiff, approximately 140 acres of land are “net developable”.

Hovey’s letter followed an assessment to determine the parcel’s suitability for development under the current zoning classification in Coweta County.

Amenities proposed for the development also include a swimming pool, clubhouse, pickleball complex and walking paths, which means the density could be less than 2.23 units per acre.

City documents mention the construction of 366 single-family homes and plaintiff’s documents mention 366 lots. However, while 366 divided by 163.61 is indeed 2.23, this number does not take into account the amount of space that could be used for any of these amenities.

In a traffic study included in the agenda items, it was forecast that the scheme, if built, would produce a total of 3,430 additional daily journeys – 1,715 entering the development and 1,715 leaving .

The proposed residential development has a story

The proposed development at Green Top has a long history. In fact, the same development was rejected by the commission at its December meeting.

At that meeting, the annexation proposal fell through after many speakers spoke out against the development, expressing concern about its impact on traffic in the area.

Some speakers argued that the traffic would impact the quality of life for those living in the Green Top area, while others worried about what it would mean for surrounding developments, including a plot of 120 acres of land adjacent to the property.

When the measure was refused, Commission Chairman Bob Blackburn cited the impact on the integrity of local neighborhoods in the area, the traffic problems surrounding the roundabout and the negative impact on the use and enjoyment of adjacent properties.

Earlier this year, the development came before the town of Newnan. In response, before the city could take action or hold a public hearing on the matter, the Coweta County Board of Commissioners formally opposed annexation last month, following extensive comments from members. from the public, all of whom expressed their disapproval of the project. .

Angela White, the county’s assistant director of community development, said at their meeting last month that the county had three different criteria for opposing annexation.

County officials estimated that the development would result in a “substantial change in the intensity of permitted use of the property or a change to a substantially different permitted use”, “use that significantly increases the net cost of infrastructure or materially diminishes the value or useful life of a capital expenditure project” and differs “significantly from the existing uses suggested for the property or permitted for the property pursuant to the county’s zoning ordinance or its ordinances. land use,” according to county documents.