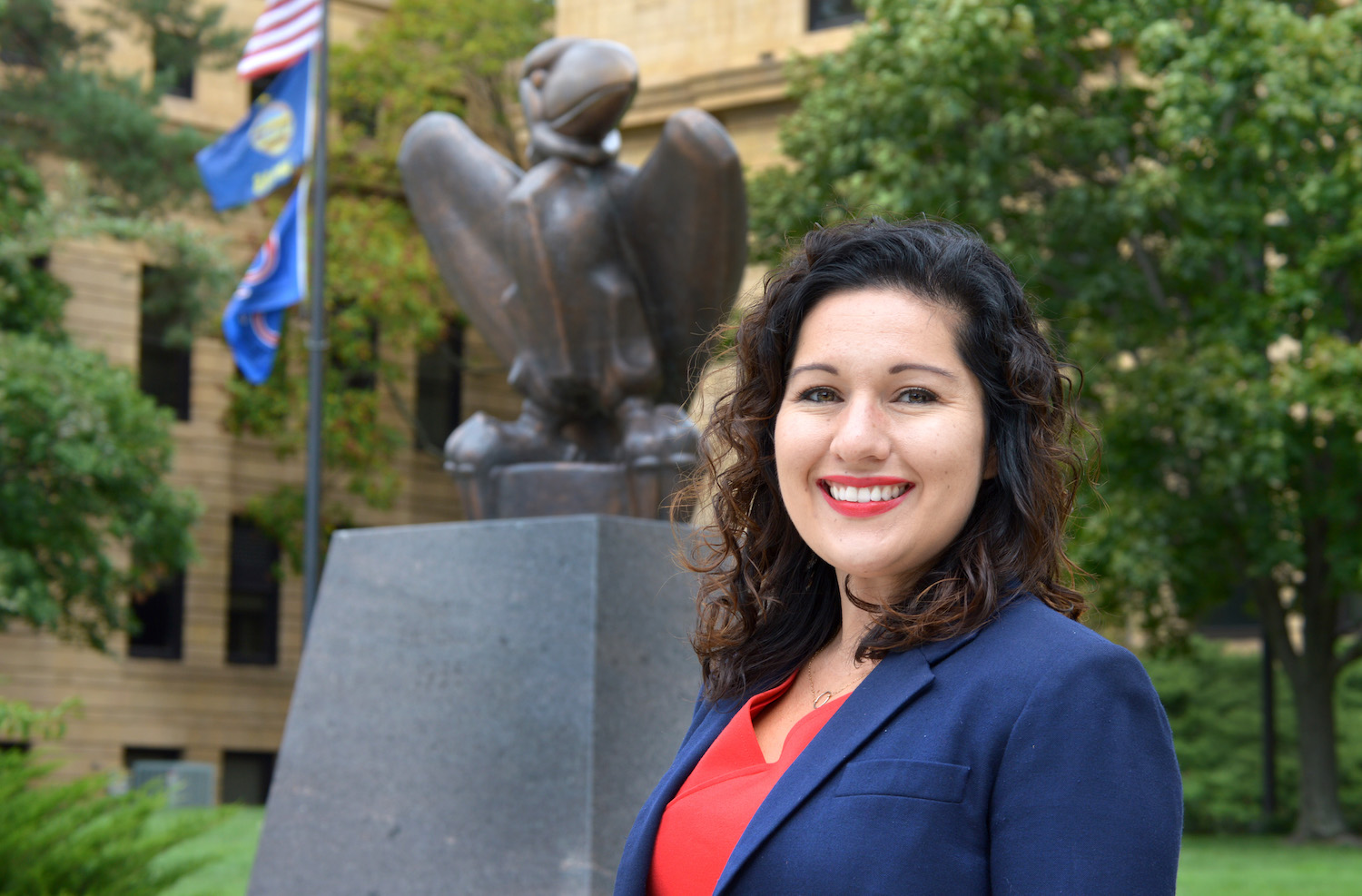 Douglas County Commissioner Shannon Portillo has accepted a position at Arizona State University and will soon leave her position with the commission, she announced Monday.

Portillo is also currently Associate Dean for Academic Affairs at the University of Kansas Edwards Campus and its School of Professional Studies.

She will begin her new position, director of ASU’s School of Public Affairs, on October 1.

“At Arizona State, I will continue my work fighting for increased access to top research universities for marginalized communities,” she said in a statement. “I will continue to explore how structural racism and sexism shape the work of our public institutions and the experiences of those who work there. And I believe I will be able to help restore trust in our local institutions by preparing the next generation of local government leaders, civil servants, academics and policy makers for the challenges of today and tomorrow.

Portillo’s family plans to move with her to Phoenix, according to an ASU press release. She didn’t have a specific timeline as of Monday as to when that move will happen and when her tenure ends, but she said she plans to be in Lawrence by early fall.

Members of the county commission’s Third District Democratic precinct committee will select Portillo’s replacement once she moves out, according to her statement. “I am confident they will find a strong leader who will continue to center the most vulnerable voices in our community,” she said.

Portillo has also served on the Governor’s Commission on Racial Equity and Justice, the Douglas County Criminal Justice Coordinating Council, and other boards.

The new position “gives me the opportunity to draw on my experiences at the University of Kansas, where I spent more than 15 years of my life, first as a student, then as a professor and administrator,” Portillo said in her statement.

If our journalism matters to you, help us continue to do this work.

Douglas County Commissioner Shannon Portillo has accepted a position at Arizona State University and will soon leave her position with the commission, she announced Monday.

Some people in Lawrence have found their tap water smelling and tasting rather unappetizing lately. The city says its municipal services and operations department is working to fix it.

Many roadsides currently feature clusters of white dogwood blossoms. Many pollinators love their four-petalled flowers, including this summery azure butterfly.

Beginning chest compressions before first responders arrive triples a person’s chance of surviving cardiac arrest. But in Douglas County, bystanders begin hand-only CPR about half as often as the national average.

Kansas nurses are demanding more be done to protect health care workers in response to Wednesday’s attack on an Oklahoma hospital and rising violence against medical staff.