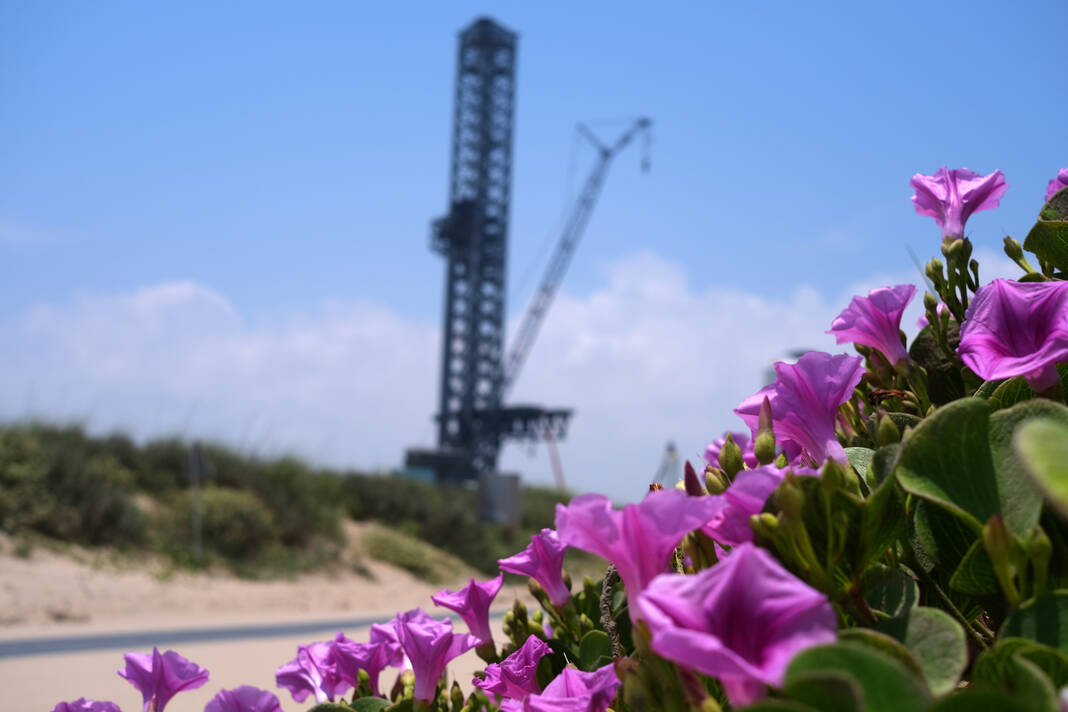 The Cameron County Commissioners Court will meet on Tuesday where the commissioners will consider passing a resolution in favor of SpaceX’s Starship/Super Heavy program.

This is the third time the resolution has been on the agenda. It has been tabled twice before, the last being on July 5 after it was recommended that the public be given access to review the resolution before the committee votes on it.

Background/support information for the resolution had not been provided in previous meetings.

The Court of Commissioners meeting begins at 9:30 a.m. inside the historic Dancy Building, located at 1100 E. Monroe St. The public can attend in person or via video conference.

Persons wishing to comment during the public comment period should submit their comments no later than 8:45 a.m. on Tuesday at [email protected]

The resolution further states that SpaceX has worked closely with federal, state and local stakeholders to minimize the environmental impacts of its activities; partnered with Sea Turtle Inc. to undertake efforts to protect and conserve Kemp’s Ridley Sea Turtle and other sea turtle species; and that the FAA issued a Programmatic Environmental Assessment and No Significant Impact finding regarding SpaceX’s Starship/Super Heavy program.

It also says SpaceX will take several steps to plan for launch operations and associated temporary access restrictions to avoid and minimize disruption to the public.

Several temporary road closures on Highway 4 near Boca Chica Beach have occurred this month as testing was scheduled to take place at the launch site, with the most recent scheduled for last Thursday. The tests must take place from 10 a.m. to 10 p.m. Tuesday.

On July 11, a Starship pressure test at the site ended in an explosion with smoke from the pressure test seen as far away as South Padre Island, with some visitors saying they heard what sounded like a boom .

SpaceX founder Elon Musk had said in a tweet that testing was being done on the site and what happened on the site wasn’t exactly good.

The resolution states that the Court of Commissioners supports the expansion of commercial space activities by SpaceX and other companies in and around the county while preserving and protecting public safety and reasonable public access to our beaches, and it supports the SpaceX’s Starship/Super Heavy project in Boca Chica. Launch site.

The court of commissioners will also vote on whether to abandon several portions of roads near the Boca Chica launch site, including the Annette, Joanna and Remedios roads to support the spaceport and economic development, according to background information on items on the agenda. They will also vote to drop Lucero Court altogether for the same reasons.

In an earlier meeting, Alex Dominguez, a state representative and former Cameron County commissioner, which owns land on Remedios Avenue, said he was in Boca Chica Beach about two years ago. weeks and was driving by Remedios, he noticed trash on his property and that SpaceX had already taken over part of the road.

“If the county decides to drop that road, that’s what I expect to happen to the rest of the property there, in fact I think that would be kind of the catch and I think that it frustrates landowners who still own land there and perhaps want to develop land,” Dominguez said.

He said if the county planned to abandon the land, it would be up to the owners to not only maintain it, but also provide road access.