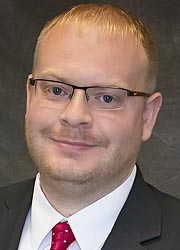 HAGERSTOWN, Md. (WDVM) – Last Thursday, members of the Maryland general assembly who represent the three most westerly counties in the state – Garrett, Allegany and Washington counties, wrote a letter to principals leaders of the West Virginia state legislature asking if they could secede. of Maryland and be part of West Virginia.

This is due to growing frustration with the democratically controlled Annapolis legislature.

â€œI think it was a poorly thought out plan. I can understand the reasoning; sometimes it’s frustrating to have to deal with some of the liberal policies that come out of annapolis. At the end of the day, we belong to Maryland. We are part of Maryland, â€said Wayne Keefer, Washington County Commissioner.

â€œMany people have called me, such as teachers and prison guards who are worried about what might happen to their jobs. If West Maryland were to be part of West Virginia, they would work for state agencies, what does that mean for their jobs, â€Commissioner Keefer said.

Commissioner Keefer has applied to become a State Delegate to represent District 1C in Annapolis.

“It would be difficult to push for the changes that we want to see and that I would like to see come out of Annapolis, but that does not create any goodwill for a plan,” said Commissioner Keefer.