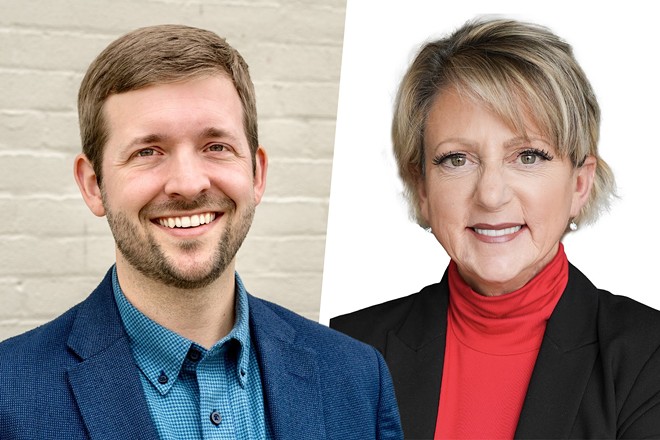 Due to recent boundary changesSpokane County Commission District 1 now encompasses most of the western portion of the City of Spokane.

While Republicans have long dominated county commission races, some progressives hope this race could present an opportunity to turn the tide. District 1 covered most of northern Spokane County, but the new boundary is much smaller, encompassing the western portion of the city of Spokane, which often votes more progressive.

“It really is time for new voices at the table,” said Chris Jordan, a Democrat running for County Commissioner of District 1.

Jordan spent nearly seven years as an attorney in the Washington State Attorney General’s Office. He says his experience there gave him a broad understanding of public safety issues. Jordan has worked on hundreds of child safety cases, which often involve substance abuse, domestic violence, mental health issues and housing insecurity. That’s part of what motivated him to run.

“I just decided that I had to step in to fix these issues and stop these tragedies from happening,” Jordan said.

Like most candidates, public safety is a major issue for Jordan. Its philosophy is less punitive and more preventive. The county’s new Mental Health Crisis Stabilization Center has been a positive step, he says, but he’d like to see the county do more to address the root causes.

Jordan was endorsed by Washington State Attorney General Bob Ferguson, former state senator Lisa Brown, five progressive members of the Spokane City Council and a number of labor unions and organizations. He says the endorsements demonstrate his strong commitment to the middle class and working families.

Childcare is another big concern for Jordan. He wants to see some of the funds from the county’s U.S. bailout earmarked for child care stabilization. Jordan also wants to see more county leadership on homelessness — he’s particularly interested in the peer support intervention model.

If he crosses the traditionally Republican Board of Commissioners, Jordan says he is ready to work in collaboration while remaining firm in his convictions.

“There are certain principles that you need to be able to stand up and hold the county to account,” Jordan said.

Public safety is a major concern for Kim Plese. She has been ringing the doorbell for a month and a half and says she has heard many people who have had homes, garages and businesses broken into. “I’m a big believer in law enforcement,” she says.

A native of Spokane, Plese recently sold the printing business she owned for 32 years. Running the business gave him tax experience and the opportunity to learn from a variety of other business owners from diverse backgrounds. Plese says people told him they wanted to see more business people show up at local offices.

Plese agrees with Jordan on the need for preventive action to ensure public safety, but she is also concerned about the preventive release of repeat offenders from prison.

There has been a long-running debate over whether the county should build a new jail to address overcrowding issues. Jordan has doubts.

“When families are feeling the pinch, spending $300 million on a new prison doesn’t seem like a wise investment of our money,” Jordan says, adding that the money could be better spent on tackling the root causes and resolving behavioral health issues to make sure people avoid jail in the first place.

Unlike Jordan, Plese Is thinks the county should build a new jail. She thinks a new prison should have mental health or addictions services to help people reintegrate into the community after serving their sentence.

On homelessness, Plese says there should be more collaboration between the county and the city, but that doesn’t necessarily mean spending more taxpayer dollars. She says she is compassionate about the issue, but also wants to see people held accountable.

“If you just provide food and provide shelter and tents, all it’s going to do is get worse,” Plese says. ♦