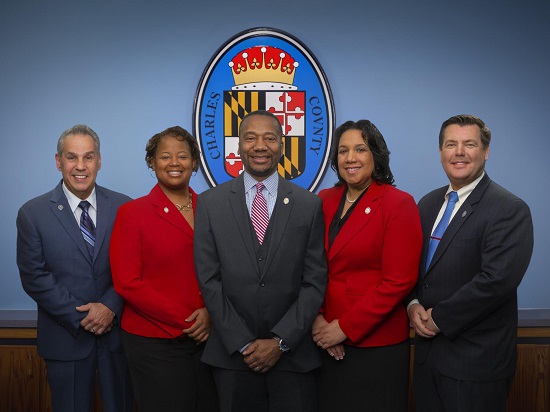 LA PLATA, Md. – On Tuesday, March 22, Chief Media Services Officer Jennifer Harris and Senior Video Producer Brent Huber presented the County Board of Commissioners with a proposed public hearing format. Harris spoke about the Public Hearings survey conducted by the Media Services Division, in which more than half of respondents prefer written testimony to provide feedback. Other respondents were split between the options of providing comments at an in-person public hearing, participating virtually, or contacting commissioners by phone.

In order to be cost effective and provide great opportunities for community engagement in the upcoming budget hearing process, staff recommended that County Commissioners consider a two-pronged approach, which would include having a portion of public budget hearing in person, followed by a second part of the hearing virtually. The Media Services Division will continue to collect data on which options residents prefer for public hearings. County commissioners have approved the two-track approach for the public hearing on the budget to be held next month.