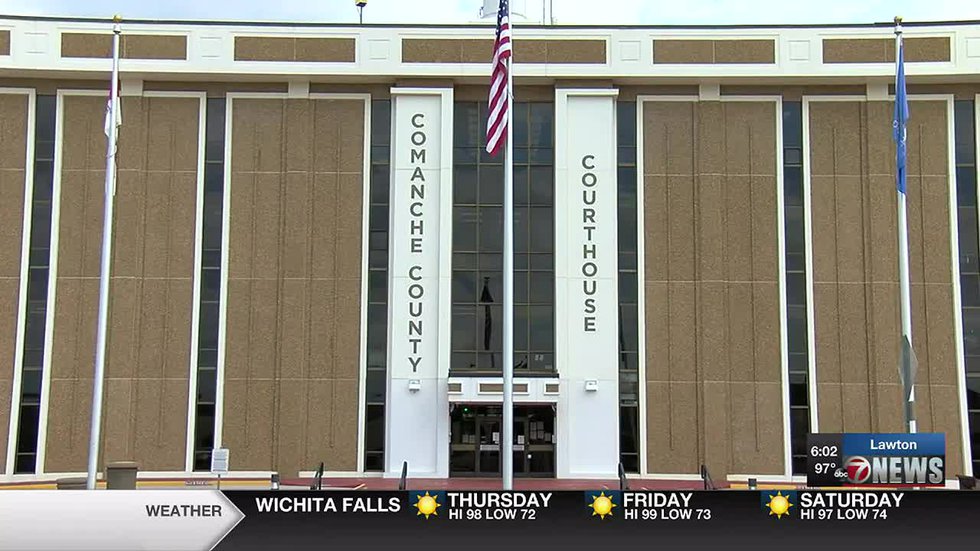 LAWTON, Okla. (KSWO) – With the statewide primary election fast approaching, we continue to bring you coverage of our local races.

There are two candidates vying for the seat of Comanche County Commissioner in District 3.

Cargill has been a commissioner for three years and has lived his entire life in Comanche County, graduating from Cache High School where he eventually married and raised his family.

Opponent Josh Powers was also born and raised in Comanche County and graduated from Eisenhower High School and attended Cameron University. After graduating from college, he was hired with the Lawton Police Department for 11 years. He then went into real estate and now owns the Ares State Armory.

They both have experience in various fields, which makes them feel like the right person for the job.

“I have experience in several areas as a small business owner in real estate, I was a member of the board of the volunteer fire department. I’m the current president of Comanche County rural water 5, I’ve been involved and I know the stress they have,” Powers said.

Cargill, who has been in the job for a few years, tells us what he knows to be Comanche County’s biggest concerns.

“Some big concerns are one is that we need to look and try to find a more sustainable and better income for the local volunteer firefighters to make sure they continue to operate as they should and the cost of running keeps going up,” Cargill says.

Since Powers is not in office, he says all he knows is what the citizens told him when he was knocking on doors.

“Without good public safety, you can’t have a community that feels safe and wants to move around our area. This can also lead to economic development. I’m a big proponent of economic development, I think if we don’t bring big, well-paying jobs to Comanche County, we’re going to keep shrinking, we need to do the complete opposite of that, so more money from taxpayers means more money for roads,” Powers said.

The two candidates have different plans on what they want to tackle first if elected.

“Transparency I don’t think the current county government in the western district is transparent enough with their plans, with the taxpayers dollar we don’t know where our money is being spent unless we see the vehicles and trucks running actually… I believe it’s a big deal that people want to know where their money is going, all we are as commissioners is a steward of people’s money, we owe it to people to let them know where their money is is spent,” Powers said

“Push and finish the AARPA plan which is $23.5 million the county got from the federal government so finish the plan and push it, make sure everything is in place, all the plans are in place and the procedures to ensure we remain in compliance with all federal government rules being pushed back are considering additional funding for rural fires and how we can get more money for industrial development,” Cargill said.

Both candidates would like to thank those who supported them.

Cargill says he has enjoyed the past 3 years, it has been a fun learning experience for him and Powers would like the community to know that he still has and will always have an open door policy for anyone who wants to talk to him.

Election day will be June 28 and early voting will begin on June 23.