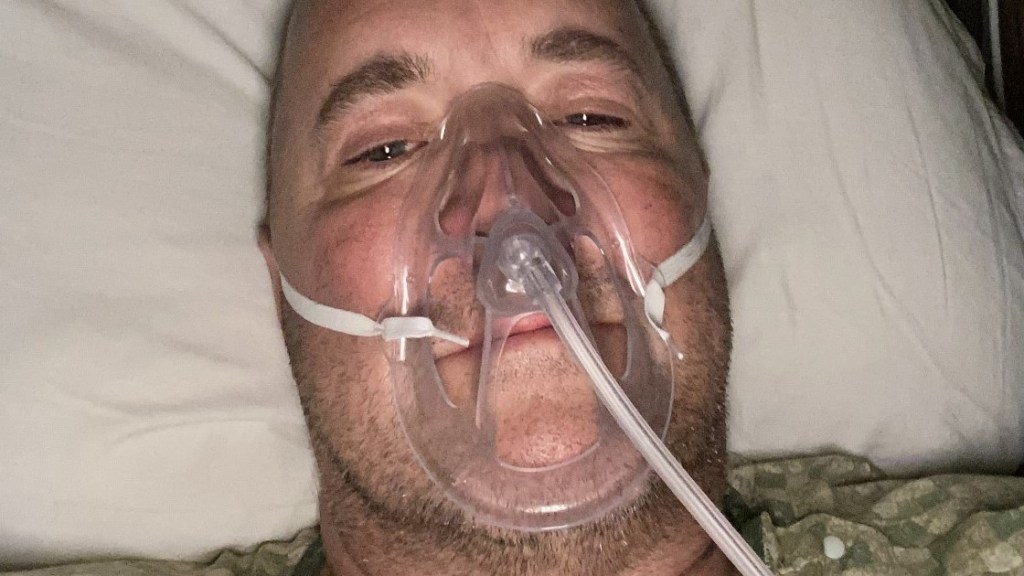 “I think I made a mistake in not getting the vaccine,” Koering said in an emotional phone interview. “I guess I don’t have a good explanation of why. I don’t know if I was skeptical, I guess, about the vaccination. I still could have had it even with the vaccination, but it might not have been so bad. Which would have been helpful, because I’m serious. It was, it was … I don’t know. It was pretty close.

The three-term commissioner, 56, went to hospital in the middle of the night on November 1 after 12 days of progressive worsening. When he arrived, doctors told him he narrowly avoided needing a ventilator. Instead, he was put on a ventilator with a high oxygen flow and a drug regimen, including a steroid, Koering said.

“They were injecting a lot of oxygen into me, let’s put it that way,” Koering said. “Because I was really having trouble breathing. He said if I had waited any longer he said I could have been in big trouble.

Koering started to feel unwell on October 21 with what looked like a cold: body aches, fatigue, cough. He never lost his taste or smell, he said, but he could feel his breathing becoming more and more labored over time. After learning he had tested positive, he did not seek the monoclonal antibody treatment, claiming he did not know enough about it.

Monoclonal antibodies are proteins made in the lab that mimic the immune system’s ability to fight harmful pathogens such as viruses, according to the United States Food and Drug Administration. The treatment has been shown to be effective in preventing hospitalization of COVID-19 patients if taken early enough in the progression of the disease.

“I probably should have done a better job talking to my personal doctor,” Koering said. “But for some reason I was desperately trying to take care of myself at home, which turned out to be a mistake.”

Koering said he was home alone, fear and anxiety began to overwhelm him when he realized that it was no longer possible for him to breathe deeply.

“I felt like someone was sitting on my chest. It was just hard to breathe deeply, you know. It was like taking small, short breaths, ”he said. “Once I got to the hospital and they gave me lots of oxygen… it seemed like I was able not to feel like I was in a panic. Because I couldn’t breathe.

“… I was scared. I was very scared. And even now I hope this doesn’t continue. But I find myself extremely emotional just, you know, even thinking about it. It just makes me cry because – I don’t know, I think it’s just because I don’t know I took it seriously enough. And it’s deadly serious. I will definitely do whatever my doctor tells me to do to going forward after hopefully getting back to 100 percent.

What Koering feels day to day after its release on November 7 ranges from pretty good to terrible. He’s never been so tired in his life, he says. He feels weak, as if he has lost all muscle tone lying in a hospital bed. He did not develop pneumonia, but an x-ray while in intensive care showed damage to his lungs.

With no known pre-existing conditions other than “a few extra pounds,” Koering said he never imagined himself in this condition, worrying about the permanent sequelae after days of wondering if he would survive. .

And he regrets having expressed his skepticism about COVID-19 at times the topic has been raised in public meetings, but the most conservative county board member and former Republican state lawmaker noted that he had never sympathized with those who shared misinformation about available vaccines.

“After being in intensive care for six days and talking to nurses, doctors, health professionals know what they are doing. They know what treatment we should be getting and what vaccination we should be getting. And you have to rely on them, ”Koering said. “These are the people who are there to take care of us when we are sick. I mean, it’s just kind of obvious. This is a great lesson learned for me. I’m almost a little embarrassed, you know, but I’m so happy that these people – they kind of saved me, in essence. So here is. Believe me, I’ll be listening to my doctor from now on, rather than being so stubborn.

After what he called a life-changing experience, Koering said he felt like a different person. Filled with gratitude for those at Cuyuna Regional Medical Center who took care of him and supported by those who reached out with their wishes and encouragement, he said he plans to practice kindness and understanding more often at the future.

“You know, I think you can rule in different ways. You can kind of burn the whole place down. Or you can try to find where you can work with someone. And then when you can’t work together, I think you can still be nice to that. I think this is all going to have a huge effect on my life.

One thing is for sure: The dark orange and crimson sunset that crowned the day of November 7, the day Koering was released, served as a visual reminder of how lucky he was to be alive. The longtime Crow Wing County resident often shares photos of sunsets on social media from the west-facing vantage point of his lakefront home. But this one touched him in a way unlike any other before him.

“There was the most beautiful sunset and the whole lake was just orange. … It just told me that the good Lord had given me another day.